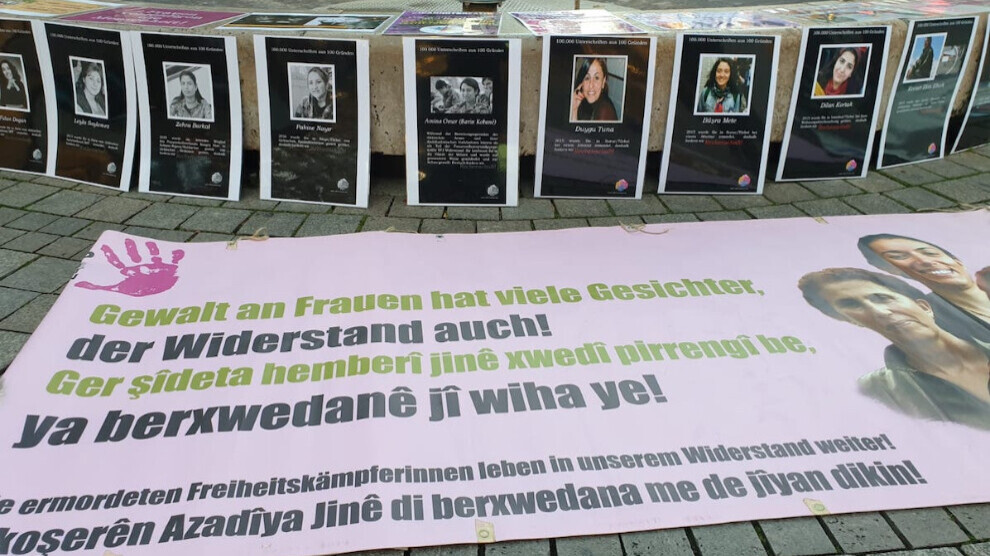 The Kurdish women’s movement presents 100 reasons why the Turkish dictator Erdogan must be brought to justice. Activists promoted the campaign in Cologne and Stuttgart.

Activities have taken place in Cologne and Stuttgart as part of the campaign “100 reasons to condemn the dictator”. The campaign, initiated by the Kurdish Women’s Movement in Europe (TJK-E), denounces the anti-women and deadly policies of the Turkish AKP government. The women’s movement demands that the Turkish dictator Tayyip Erdogan be brought to justice for his crimes. A petition has been started for the international recognition of femicide as a crime against humanity; the movement wants to collect 100,000 signatures by 8 March.

Activists from the Viyan Women’s Council collected signatures at a stand in front of the main train station in Cologne.

In Stuttgart, activists gathered in Königstraße with pictures of murdered women and drew attention to the actions of totalitarian regimes against politically active women. The women’s initiative Meryem announced another action on Schlossplatz next Wednesday.

Together we are the downfall of patriarchy. 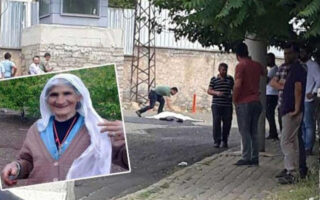