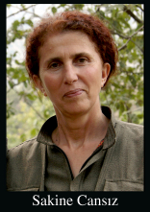 Biography
Born 12. February 1958 in Dersim/Southern Turkey was one of the co-founders of the Kurdistan Workers’ Party (PKK), having a leading role in the development of the Kurdish Women’s Movement. As a Kurdish women activist in the 1980s, she was arrested and tortured by Turkish police in the Diyarbakir Prison. She is known for her resistance against the torture and assimilation practices ın the Prisions of Turkey.
Sakine Cansiz joined the Kurdish liberation movement at a time when it was just forming. She was one of the few women who took part in the founding congress of the Kurdish Workers’ Party PKK. She continued her struggle without interruption until her violent death on 9 January 2013, together with Fidan Dogan and Leyla Saylemez.

Description
On January 9 2013, Kurdish activists Sakine Cansiz, Fidan Dogan and Leyla Saylemez were executed with a bullet to the head in the premises of the Kurdistan Information Center at 147 Rue La Fayette in Paris. The investigation in France revealed numerous indications that the suspected murderer Ömer Güney, who was arrested a few days after the crime, had acted on behalf of the Turkish secret service (MIT), as the prosecution’s indictment confirms: “Many elements of the trial suggest that MIT is involved in the arrangement and preparation of the murders“.
Although Ömer Güney has been identified by the French authorities as the person, who was used to pull the trigger, it is evident that no initiatives or efforts have been made by the French authorities in charge to adequately illuminate the background of this political murder case. The murderer, Ömer Güney, was declared to have “died in prison”. With this, the French authorities tried to cover up a high-level political assassination. However, for a meaningful sense of justice, it does not suffice to merely reveal the assassin of the massacre; likewise, the forces that planned and decided on the implementation of this crime must be exposed.

Current legal situation
The death of Ömer Güney on December 17, 2016, one month before the start of his planned trial in Paris on January 23, 2017, deprives us of the possibility of a public trial that would have made it possible to convict not only the perpetrator, but also and above all the people behind it, the Turkish state.Important questions haven’t been answered: Why was the trial set so late, even though the investigation had already been completed in May 2015 and Güney’s serious health problems were already known since his arrest? By delaying the trial, France has missed the crucial opportunity to finally solve a political crime on its territory. 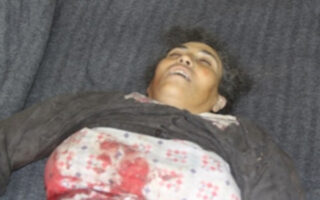 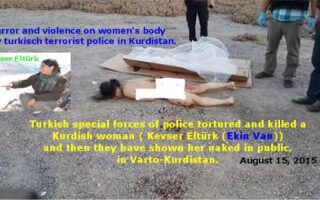 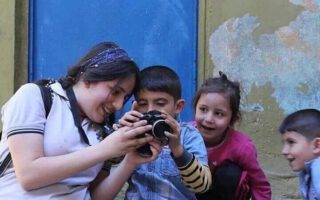