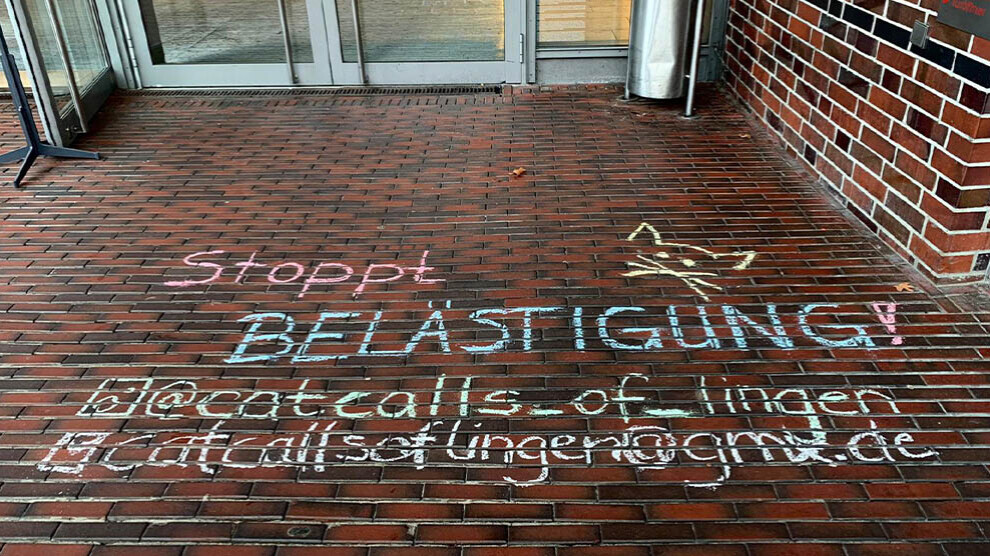 The Department of Social Sciences of the Emden / Leer university and the Jineoloji department of the Rojava University ended a semester of work on gender violence.

The international project organised by the Department of Social Sciences of the Emden / Leer university and the Jineoloji department of the Rojava University ended on Thursday. The international collaboration addressed the subject of “Feminicide: Violence against women and counter-strategies.”

This was the first project held together at both universities over a whole semester and had to be held online because of the coronavirus pandemic. Students worked together on violence against women and familiarized themselves with various strategies to counter this violence. The practices that were learned ranged from advisory work using the examples of the UTAMARA women’s meeting place in Germany and the SARA women’s advice center in Rojava, as well as educational work, political interventions, international agreements such as the Istanbul Convention.

In their joint evaluation, all those involved said that the project was a very important step and a nice, positive experience. Ideas were put forward as to how an exchange, especially in person, could take place between students in the future, because this time there were no joint working groups made up of students from both universities. The interest to learn more about each other and to meet each other was clearly expressed by the students at the University of Rojava in Qamishlo. Concrete suggestions were collected on how the technical and language barriers can be better overcome.

At the end, the students from Germany expressed how deeply they were touched by the reports of the experience from Rojava and how instructive the exchange was for them. They told the Jineoloji students how much strength this gave them and some students described them as role models.

The students developed high-profile projects in groups to mark the international day of action against violence against women on 25 November: Instagram pages on catcalling / harassment in public and digital violence, a poster against femicides in Germany, a wall design with names of killed women were among the initiatives carried out. In the last section of the seminar, research on the personal environment dealt with gender-specific experiences of women in wars. German students carried out a search for traces in their family history and through the wall of silence. The result was emotionally moving poems, drawings, a fictional diary entry, a podcast and short stories.

Courage to speak and create a culture of remembrance

In addition to the specific stories of the great mothers, grandmothers and aunts, the taboo on talking about violence and about the experience of war for women and children was discussed. For the students from the different countries, it was touching to hear how much violence women experienced in wars and how this affected their lives. On the one hand, there are the traumatic experiences that have not been dealt with in Germany though they have lasting effects, which affect almost all families in Germany and which still require the courage to talk and to create a culture of remembrance today. On the other hand, in Rojava violence experiences are on a daily basis and directly affect the students and teachers themselves. For example, the attack on the canton of Afrin and its occupation by Turkey.

An international cooperation agreement has existed between the two universities since 2018, based on a resolution by the Departmental Council for Social Work and Health.