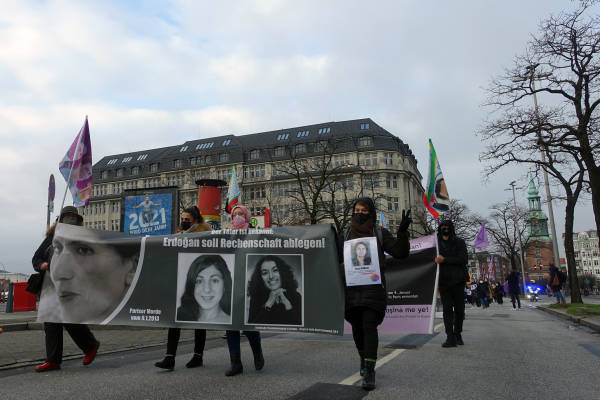 Today, German cities also called for the punishment of the murderers of Sakine Cansız, Fidan Doğan and Leyla Şaylemez. “We know the murderer, he must be brought to justice,” they said, referring to Turkish dictator Erdoğan.

Not as in previous years in Paris, the place of the massacre, but decentralised due to the pandemic, Sakine Cansız (Sara), Leyla Şaylemez (Ronahî) and Fidan Doğan (Rojbîn) were remembered worldwide today. People also took to the streets in numerous German cities to remember the three Kurdish revolutionaries and to demand punishment for those responsible for the deadly assassination on 9 January 2013.

In Hamburg, several hundred people took part in a demonstration from the main train station to the Dammtor train station. First, a minute of silence was held, two speakers from the TJKE and the Rojbîn Women’s Council welcomed the participants in German and Turkish. A speaker from “Fighting Together” explained: “The murders are part of a naturalness, a normality of feminicides, of murders of women because they are women. Sara, Rojbîn and Ronahî were not only murdered because they were women. They were murdered because they were women who had made the decision to create a better world for all women, for all people.”

On the way through Hamburg’s city centre, many people stopped to listen to the speeches. Again and again people shouted “Sara, Rojbîn Ronahî, Jin Jiyan azadî!” The TJK-E’s campaign “100 reasons to condemn the dictator” was also repeatedly referred to and the condemnation of Erdoğan and the AKP government was demanded: “There are thousands of reasons to put Erdoğan on trial. We say: Erdoğan gave the order for the Paris massacre, he must be convicted!”

At the final rally near the Turkish consulate, Cansu Özdemir, co-chair of the Left Party in Hamburg, pointed out the close relationship of many Hamburgers to Sakine Cansiz. Sakine had lived in Hamburg for some time and was also briefly held in extradition custody here. Many people had campaigned for her release.

A rally was held at Hallplatz in Nuremberg. A speaker from the Arjîn Women’s Council stressed the importance of remembering the people who gave their most precious – their lives – for the goal of a liberated and self-determined society. “We like to commemorate this collectively because we are all ready to continue the path of the fallen. For us, this means continuity and further development. The Paris killings are a wound that never heals. The Kurdish movement has lost three activists who knew what they wanted and never gave up in their struggle against oppression, injustice and war. Their determination, love and brotherhood are our legacy today. The three friends died fighting. They are an inspiration and example to us and live on in our hearts.”

The message from the Association of Women from Kurdistan in Germany (YJK-E) referred to the eight-year silence on the Paris murders and stated: “The perpetrator is known: Erdogan should give account!” Also on the placards around the rally site were the demands: “No Forgive – No Forget” and “The Paris murders are one of 100 reasons to condemn the dictator Erdogan”.

In their speech, the Interventionist Left (iL) first addressed the importance of Sakine Cansız for the freedom movement. The aspect of not waiting for the day after a revolution when deciding for a self-determined life was particularly emphasised. The speaker quoted the PKK co-founder: “We never approached socialism utopianly. It was never something far away for us. Rather, we looked at how freedom, equality and socialism could be realised. How can we start to implement these principles in our lives? We have always had hopes and utopias that we did not want to project onto future generations. Instead, we have started to implement our hopes and utopias in the here and now.”

The insight that changing a society must go hand in hand with changing one’s own personality has shaped Sakine Cansız’s life and this represents perhaps the most important secret of the Kurdish movement’s success, the iL said. “The uprising of women everywhere who oppose nationalism and fascism and say ‘no’ to racism and sexism is hope and courage for us and inspires our common struggles. We will take up the Freedom Movement’s leitmotif ‘Resistance is Life’ and continue the legacy of resisting women in our everyday struggles.”

After a video clip about the lives and work of Sakine Cansiz, Leyla Şaylemez and Fidan Doğan and greetings or speeches from the Alevi community of Hersbruck, the socialist women’s platform of Yeni Gün, the 8 March Alliance, Partizan, Yeni Kadın, MLDP and Güç Birliği, the rally ended with the slogan “Jin Jiyan Azadî”.

Another rally took place in Aurich. In a statement that was read out, the punishment of the Turkish dictator Recep Tayyip Erdoğan as the main perpetrator of the murder of Sara, Rojbîn and Ronahî was demanded.

The Women’s Council DEST-DAN called for a demonstration in Berlin. In her speech, Mehtap Erol from FED-KURD underlined the complicity of European countries in the murder of Kurdish revolutionaries. Because Europe had remained silent and was still not committed to a complete investigation of the crime, the way was being opened for further massacres. Nure Alkiş of the Yezidi Women’s Council, referring to the resistance of women in Şengal, said: “Dictators can cut flowers, but they cannot stop spring.” Berlin city councillor Hakan Taş (DIE LINKE) pointed to eight years of injustice since the Paris killings and criticised the French justice system.

Sakine Cansiz, Fidan Doğan and Leyla Şaylemez were also remembered in Hanover. In addition, a 50-year-old woman who was killed in the capital of Lower Saxony on Thursday was remembered.

About 160 participants took part in the commemoration demonstration, which was called for by the Hanoverian women’s council Ronahî. After an opening rally with a minute’s silence for all those who lost their lives in the struggle for social liberation, they marched from the square in front of the station via Schillerstraße, Am Marstall and Goethestraße to Steintor, where a closing rally took place.

At the final rally, speeches were given by the Ronahî Women’s Council, the feminist campaign “Fight together!” for self-determination and democratic autonomy, the Hanover Feminist Council, the umbrella organisation of the Êzîd Women’s Council (SMÊJ) and the Confederation of Communities of Kurdistan in Germany (KON-MED). The individual speeches addressed various aspects of the triple murder in Paris, the lives of the three slain activists, their significance for the Kurdish women’s movement and the struggle for freedom in Kurdistan, as well as the social problem of violence against women.

The demonstration started at the main station and marched behind a front banner reading “Sara, Rojbîn, Ronahî: The perpetrator is known. Erdoğan should give account” to the Hauptwache. Again and again there were loud shouts of “No forgiveness, no forgetting”. Mürşide Cizre from the Kurdish Women’s Umbrella Association made a speech condemning the ignorance of the European community in the face of the Paris killings, which she described as a “plot against the Kurdish people”. Other speeches were given on behalf of New Woman, JXK, Women Defend Rojava and the Women’s Council of FEDA. 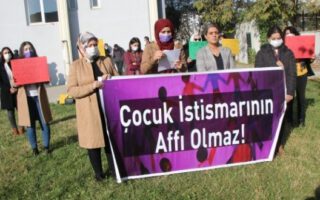 We are not silent and we are not afraid! 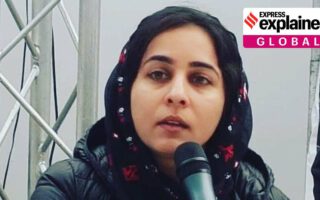 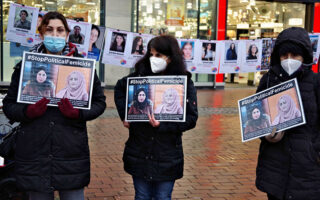