KJK Democratic Relations and Alliances Committee about the political murders of women.

“You may pull out the flowers, but it will not stop the spring.”
Let’s stop the political murders by states, cartels and corporations committed against women!

Women are making the politics of destruction more and more visible to the outside world with their struggles. Sexism is one of the main ideological pillars of capitalism and its patriarchal violence against women has been increasing in recent years. In this context, the analysis and critique of the structural and systematic problems has also been increasing.

The crimes against women have different dimensions. From physical, sexual violence to psychological and economic power and violence, to humiliation and exclusion from society are just some of the examples to mention. The perpetrators of these crimes can also be quite diverse. Targeted violence against women, which is becoming more and more systemic, can and often is perceived as merely individual male policy. However, violence against women is institutionally promoted and supported by the capitalist system. We also see this in the increasing political murders perpetrated by nation states and state-owned enterprises against female political leaders.

If we look at the profile of the women who were murdered in assassinations, we see that they are women who were actively fighting and had a certain vanguard role. Activists, intellectuals, lawyers, journalists, artists, revolutionaries and politicians who defended their homeland and their living environment as representatives of women’s rights, human rights, indigenous people, they openly and consciously opposed their state regimes because these women did not accept policies that exploit and destroy people and nature.

It is precisely these levels of systematic violence against women and their struggles for justice, that are not given adequate attention and context by the media or the democratic public. The mainstream media does not provide enough coverage for these murders of a political nature. If there is coverage, it is mostly superficial with male-dominated language and from a patriarchal perspective. Most of the time, it is only news that contains brief information about the murdered individuals. Questions like who, when and how it happened are not asked or answered. Moreover, the legal process that is necessary to prosecute these political murders and punish the perpetrators is not undertaken. Investigations concerning political killings of women are mostly postponed indefinitely and end up as cold cases.

The massacres of women are only possible in the first place because of the protection of the perpetrators by forces that have a mutual interest in this violence. These killings are ordered by large companies that are either directly linked to state power or institutions. Such murders are sometimes perpetrated by the “security forces” of the state, often by paid gangs, hitmen or right-wing paramilitary forces.

Patriarchal nation states can quickly declare anyone who stands against these violent policies as “terrorists” and use this accusation to set the people and authorities in question in motion as they please. Under the name of “counter-terrorism,” states around the world are trampling the law and human rights under the foot and arbitrarily using violence to consolidate their power. Examples of this are states like Turkey, Afghanistan, Colombia, Mexico and the Philippines. Women leading social struggles are made an easy target of such states.

For example, in 2016, the Colombian state signed a peace treaty with the FARC, which led to the end of the armed struggle by the FARC. But since November 2016, some 253 former FARC guerrillas have been murdered, including eight women.

Turkey is the state in the world with the highest number of political prisoners and political murders of women. On January 9th 2013, the Turkish state murdered three Kurdish women revolutionaries, Sakine Casiz, Fidan Dogan and Leyla Şaylamez, in the middle of Paris. Although there is evidence that the Turkish state directly ordered these killings, there have been no trials in this regard.

On January 4th 2016, the Turkish state executed three Kurdish women in Silopi: Sevê Demir, Pakize Nayr and Fatma Uyar. These three women actively participated in the resistance and the establishment of self-government and had been injured before. Because the Turkish state considers that it has the right to persecute and kill all Kurdish women activists, it had Hevrin Xelef, general secretary of the Syrian Future Party, assassinated at the hands of jihadist terrorist groups on October 12th 2019. Following this, on June 23rd 2020, the Turkish state killed the Kongra Star leaders Zehra Berkel, Hebun Xelil and Amina Weysi in Kobane, Rojava.

In recent months, Afghanistan has also become a country, in which the executions of women leaders and activists are gradually normalized. While the Afghan government is holding “peace talks” with the Taliban, the crimes against women on the part of the Taliban are in no way a point of contention during the negotiations.

States do not have a clear policy on the issue of women and crimes against women. It is precisely this non-existent ethos that invites more violence and killings, as there are no consequences.

In Mexico, where crimes against women are also commonplace, the murders are mostly committed by the state, the cartels or corporations. The murder of Isabel Cabanillas de la Torre last year sparked an uprising by women across the country. Isabel Cabanillas, 26, led many struggles in the field of feminist ecology and was also active in the arts. In Guatemala, Diana Isabel Hernandes Juarez was executed on September 7th 2019 and Paulina Curuz Ruiz on September 14th. Rosane Santiogo Silveira was murdered on January 29th 2019 in Brazil, one of the countries with the highest number of women murders in the world. Leah Tumbalang in the Philippines was killed on August 24th 2019, Esther Mwikalis in Kenya on August 27th 2019, Mirna Teresa Suazo Martinez in the Northern Caribbean on October 8th 2019, and Maria Digna Montero Garifuna in South Africa on October 12th 2019. Since it is not possible to note the names of all women who have been victims of politically oriented murders one by one, we show just these few examples from some countries to illustrate the extent of the problem.

Regimes of domination have always been very afraid of women organizing themselves. Throughout history, the transgression by women of the limits set for them has always been viewed with concern. All means of force at disposal have been mobilized against these women to discredit, intimidate, blackmail and imprison or murder them. Olympe de Gouges, Rosa Luxemburg and the Mirabal sisters are just some of the women who were victims of political assassinations.

The more authoritarian and larger a power becomes, the more intense its misogyny. We can see and say this very clearly today. Governments that compromise on values like democracy, human and universal rights become authoritarian and repressive regimes. Sexist policies deepen these conditions and cause attacks on women to increase. Although the ideological expression of capitalist modernity is liberalism, nationalism, religiosity, science and sexism, they equally form the breeding ground of its power. All these aspects exist to justify the authority of nation states in the first place. Sexism is the touchstone of them. The reason why the capitalist system is so afraid of women’s growing aspirations for freedom should be sought in its very foundational structure. The awakening of women, the organizing of women means a fundamental shaking of the building blocks of capitalist modernity.

Being a woman pioneer means breaking through long-established patterns of sexism, which takes a lot of strength and at the same time makes the struggle so valuable. Pioneering women are not so easily created. In social struggles, the presence and vanguard position of women is of utmost necessity, as the contradiction between them and the capitalist system is much greater than that of men. An organized and conscious woman becomes more perceptive, focused and less hesitant in her struggle. The system is built to make women susceptible to exploitation, starting from the patriarch at home to the whole system.

The man who is not detached from the system always agrees with the system and consciously or unconsciously reproduces its sexist relations. The fear of losing power is too great to give space to women. However, the female gender has nothing to lose.

Organized women are the engine of the struggle against the patriarchal ruling system. We can clearly see this reality in the process we are going through. Women are the leading force in anti-systemic struggles at all levels. This applies to all struggles that are being waged, be it against racism, fascism or for climate justice and the struggles of indigenous groups for their own land and more democracy and freedom of the peoples. Just as the 20th century was marked by class and national liberation struggles, the 21st century will be marked by women’s revolution. This is exactly what is still being held back by the prevailing system. Women are to be left without role models and pioneers so that they always remain a usable resource for the system to stabilize and reproduce.

Crimes against women are increasing, but women’s struggles are also deepening and strengthening. The policies of states, cartels and corporations against pioneer women are likewise fuelled with private violence against women. Therefore, we urgently need to prevent these crimes that are targeted at women, whether by men in domestic circles or by the systemic forces of capitalist modernity.

As the Kurdish Women’s Movement, we condemn from the bottom of our hearts the killings of all revolutionaries and pioneering women by the nation states. In memory of all the pioneering women who were murdered in their struggle and search for freedom, we demand an immediate end to these targeted crimes against women!

We call on women all over the world to fight together against these abuses so that we do not become less and the murderers become more.

Let us join forces and undermine the patriarchal and capitalist world order and bring those responsible to justice! 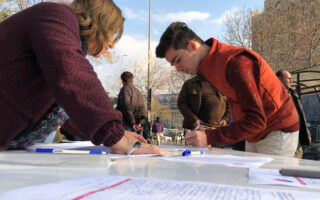 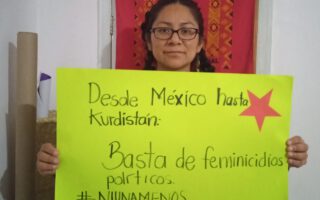