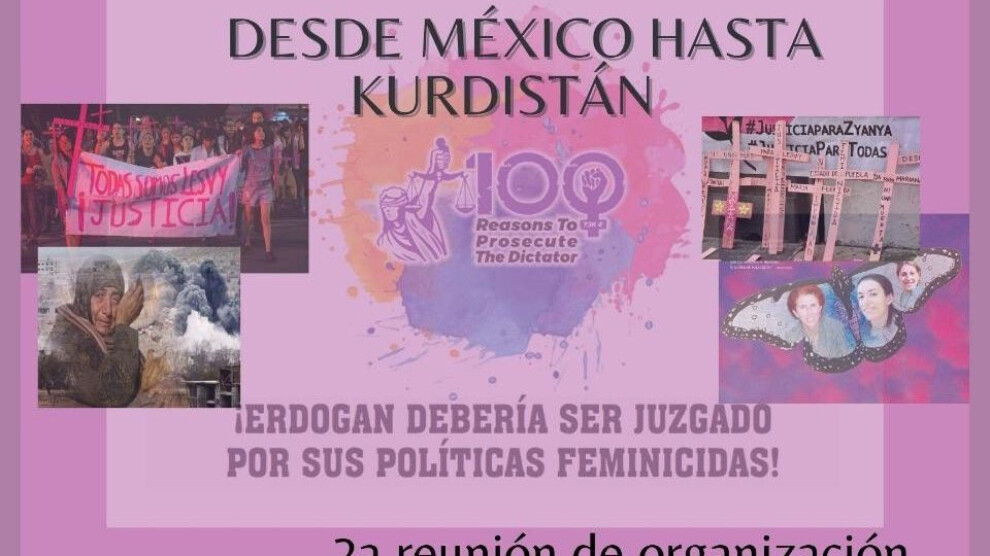 We are growing everyday. Nobody can stop women’s voices!

International support for the “100 Reasons to Condemn the Dictator” campaign launched by TJK-E is expanding. The campaign, in which the women’s councils of TJK-E and the Kurdish Women’s Office for Peace Ceni are active pioneers in Europe, is attracting attention from all parts.
Women’s councils are trying to spread their support by opening signature stands in a different city every day. The Women Defend Rojava and Jineology committees also collect signatures for the campaign, which they always share on their networks. Platforms such as Rete Jin, Azadi Jin and Fighting Together are also working together.

SUPPORT FROM MOTHERS TO PARLIAMENTARIANS

In addition to women’s movements on different continents, anti-system movements, human rights and non-governmental organisations, parliamentarians, academics, writers and feminists have also received strong support for the campaign.
It was announced that 39 people at the institutional level and 17 people in person supported the text of the appeal, which was opened for signature by the campaign committee. Among the signatories are the Mothers of Plaza Del Mayo in Argentina and the Ni Una Di Menos movement that spread from their country to the world, as well as the feminist umbrella organisation Abya Yala, also organised on the Latin American continent.
From the Paris City Council to Parla Sur MPs, from Ni Una Di Menos, the international platform against violence against women, to Terre de Femme, the largest women’s rights organisation in Germany, from the former President of the Constitution in Ecuador, the academic Dr. Jorge Alonso Sanchez It covers a wide spectrum, from well-known feminists like Meredith Tax, Rita Segato and Adriana Guzman. Trade union federations in Spain and England also announced their institutional support for the campaign. Parliamentarians in Parla Sur, Uruguay and Chile also signed the call for the campaign.
There are also those who contribute individually to the campaign. American writer and artist Janet Biehl, known for her work on social ecology, collectivity and ecofeminism. Biehl tells us the story of a woman murdered by Erdogan’s policies every day on her Twitter account and portrays the faces of them.

The demand to put Erdogan on trial for his crimes and feminicidal policies, which is one of the main goals of Kurdish women, inspires other women’s movements. One of them is Nodo Nacional de Mujeres de la Colombia Humana SOMOS, the national women’s organisation, the main opposition in Colombia. They also tell the story of a woman who is murdered every day in Kurdistan and a woman who is a victim of feminicide in Colombia. Twitter accounts have even been attacked because of this.
The number of signatures collected in the campaign, which were published in newspapers, magazines and TV sets in Latin America, as well as in well-known media organisations such as Provincial Manifesto, Junge Welt and Neues Deutschland, reached 50,000. The campaign collected many signatures from Maxmur refugee camp and Rojava, who were victims of Erdogan’s policy of annihilation.

Supporters of the campaign 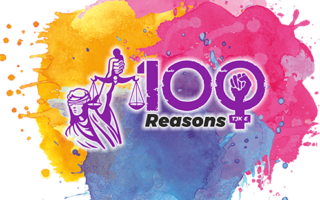 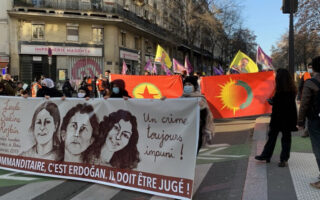 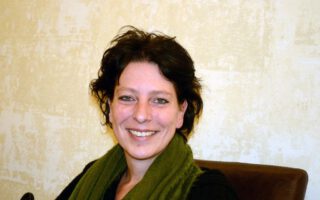